As I hope you all know by now, this blog is actually the bonus to the Youtube channel I am about to start in January. The channel already exists, and there’s a short intro video on it, but it won’t kick of until January 7, for real. I’m a bit nervous about that – not the channel itself, it’ll hopefully work out, but for the filming and seeing myself on video. That’s what I find absolutely horrific. 😀 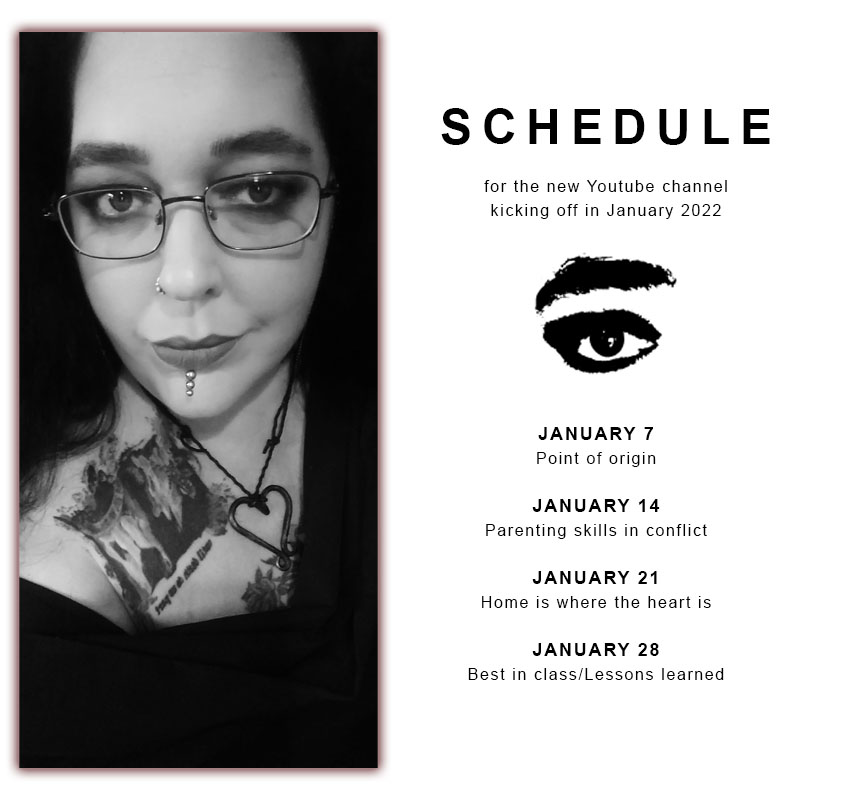 You know how embarrassing it can be just to hear your own voice, because it doesn’t sound like it does inside our head? That’s how I feel about watching myself on video. When I was younger I found it so hard just to hear my own voice the way others hear it, but I’ve actually gotten used to that. But seeing myself. Bloody fucking hell, that’s sooooo scary.

But I want these videos to be me talking directly to you. I don’t want to film everything else around me while I’m talking – I follow at least one channel that does pretty much that all the time, and it works – but I don’t think that’ll do it for me.

So I have got to get used to seeing myself on video, that’s for sure. And that’s why I’ll start filming pretty soon. Part of that is because I want to be ahead of myself and have at least – at least, two videos done by New Year – preferably all the material for January, so I can spend January filming for February (and so on).

But I have to tell you this; the thought of filming is what keeps me from filming, right now. 😀 I’ve already done it once (the intro), but still, I find it very unsettling.

But I figure it’s also going to be a good thing, this whole watching myself on video. Since I’ve never really done it before, it’ll be quite interesting to see how I actually look, how I actually move and thinking I look natural (and probably don’t). I hope it’ll be a chance for me to explore myself visually from the outside, so I can improve stuff that I don’t like.

The headlines for January are topics that I’ve tried to avoid here on the blog, so the material will differ a little. The point of view will be my own – that is; as the daughter of a covert narcissistic mother and an authoritarian father, separated when I was just a toddler.

My plan at the start – and we’ll see if I manage to stick to it, was to publish one video a week with a following blog post to clarify or just write more on the topic. I want to, at least in the beginning, to keep the videos to some fifteen minutes or so, maximum. That remains to be seen, though – it may be that I have more to say than I presently dare to think about. 😀

What I would really appreciate is some help to spread the word. If you find this blog interesting, if it gives you anything at all, please do share it with people you think might benefit from reading it. The same goes with the Youtube channel (once it starts, anyway). I am good at many things, but when it comes to marketing and selling myself – I suck. I do however believe that all this is important for so many people, and I’d really appreciate any help you can give me.

Big, fat thanks in advance. ♥

Other than that, this is pretty much what I can tell you at the moment. The blog seems to be on its way to find life and an audience – I really do appreciate those of you who read my posts. The Youtube channel is scary as hell, but I’ll get used to it eventually.